Flaviana Matata is a Tanzania top model who won the maiden edition of Miss Universe Tanzania pageant in 2007 and she went on to represent Tanzania at the Miss World Universe pageant that same year where she came sixth. 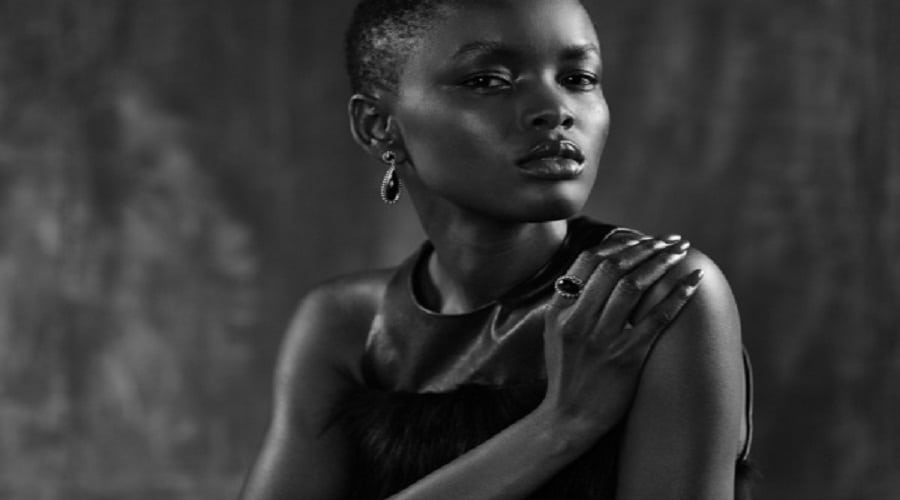 She has featured in many magazine covers Dazed & confused, Glass Magazine and L’Official, also Flaviana Matata has done runway modelling for brands like Mustafa Hasssanali, Vivienne Westwood and so many more. In March 2011 she won the Model of the Year award by Arise Magazine at Lagos Fashion Week, She is currently signed to Wilhelmina Modelling Agency in New York.

Due to Flaviana Matata upbringing as a child she founded Flaviana Matata Foundation a project that improve quality education among the young girls and women in Tanzania.

At age 21 Betty Adewole has already featured for Tom Ford cosmetic line and has she featured on top fashion shows like Alexander McQueen to Stella McCartney and Givenchy. 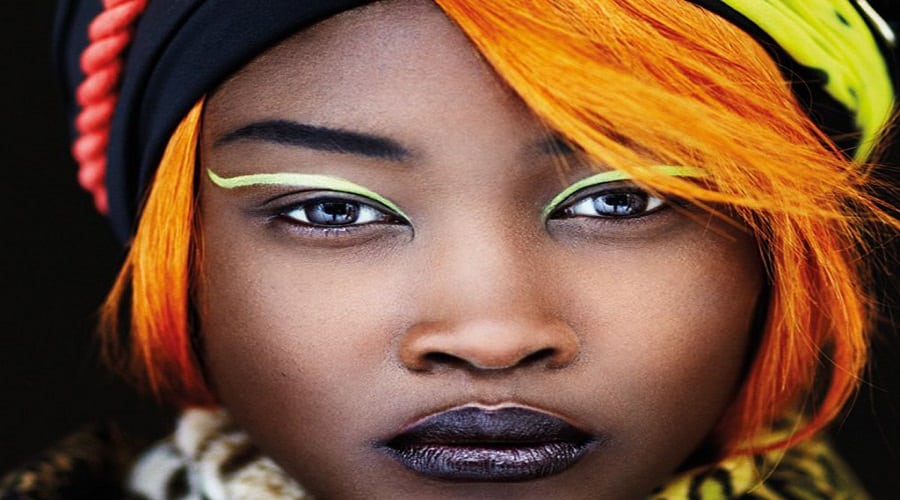 Nigeria-British model Betty Adewole is currently signed to IMG and she has been compared with the legendary Naomi Campbell she is one the sought after model in the fashion industry.

This Australian base model Ajak Deng, was born in Sudan. At the age of 12, she and her mother fled Sudan to seek asylum in Australia, where her mother eventually died of malaria in the refugee camp now Ajak Deng is a sought after top model in the country. 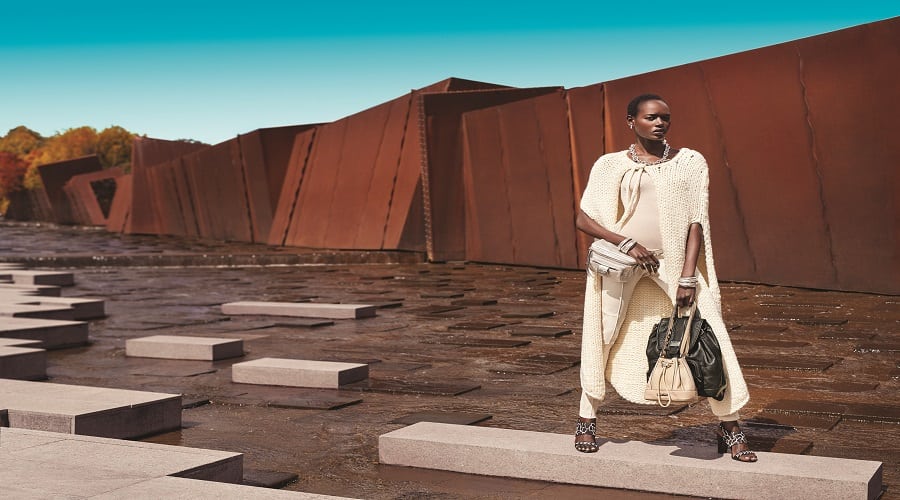 The 25-year-old model is being represented by FRM Model Management and have appeared in Calvin Klein fragrance campaign, catwalk for Dior and modeled for many couture labels.

Fatima Siad is a Somalia-Ethiopia born model who has modeled for many brand fashion names  and have campaigned for Ralph Lauren. she started living in USA, at the of 13 when she and her mother fled Somalia during the civil war in Somalia war which claimed the lives of her two sisters. 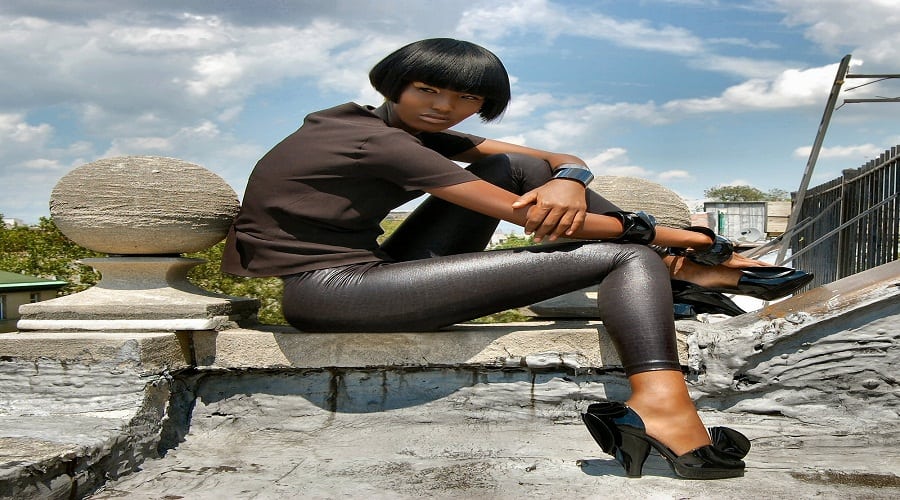 Signed to IMG Models in New York City, Paris, Milan, and London, and Ace Models in Athens, Greece, as well as with Munich Models In Munich, Germany. Fatima Siad have done photo shoot with Essence Magazine, Look Magazine UK, Avon’s Mark Catalog, Ebony Magazine and she was in Marie Claire in July 2010. Fatima starred in Modelville and she placed third in the competition and was the last girl featured in the Top Models in Action segment that aired during Cycle 12.

Ethiopia born Supermodel Liya Kebede has graced the fashion industry with her immense talent, she was introduced to a french modelling agent by a film director, she moved to France after completely her studies to pursue a carer in modelling, She is also an actress, known for The Best Offer (2013), Lord of War (2005) and Desert Flower (2009). 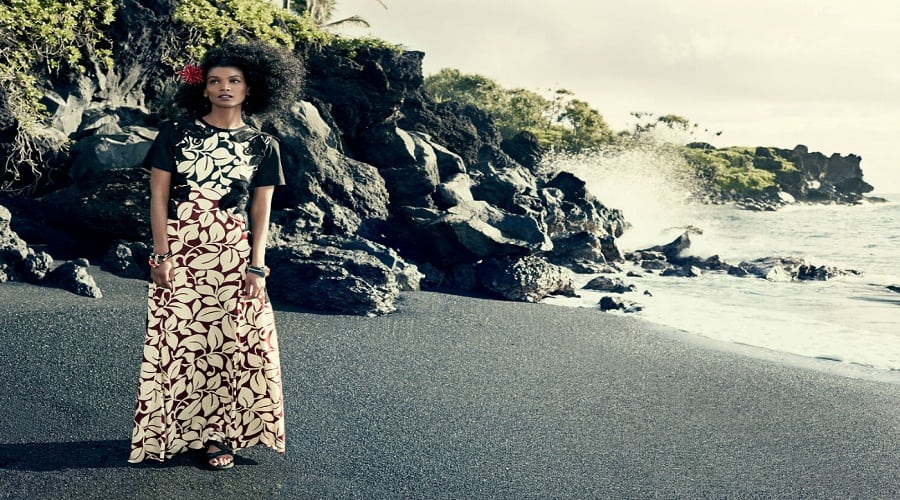 Kebede major breakthrough came when Tom Ford personally selected her for his Gucci show Supermodel Liya Kebede has become the first black woman to grace the cover of Vogue in five years she has also been seen on the covers of Italian, Japanese, American, French and Spanish Vogue, V, Flair, i-D and Time’s Style & Design. She has been featured in ad campaigns including those for Shiatzy Chen, Gap, Yves Saint-Laurent, Victoria’s Secret, Emanuel Ungaro, Tommy Hilfiger, Revlon, Dolce & Gabbana, Escada and Louis Vuitton.

In 2005, Kebede was appointed as WHO Goodwill Ambassador for Maternal, Newborn and Child Health.

Born on October 28, 1992 in Angola Maria Borges is a top model who has walked lot of runways, done so many advertisements and pose for several magazines. Maria was discovered in 2010 when she placed second at the Angolan edition of the contest Elite Model Look. Since then she has be on top in the fashion world. 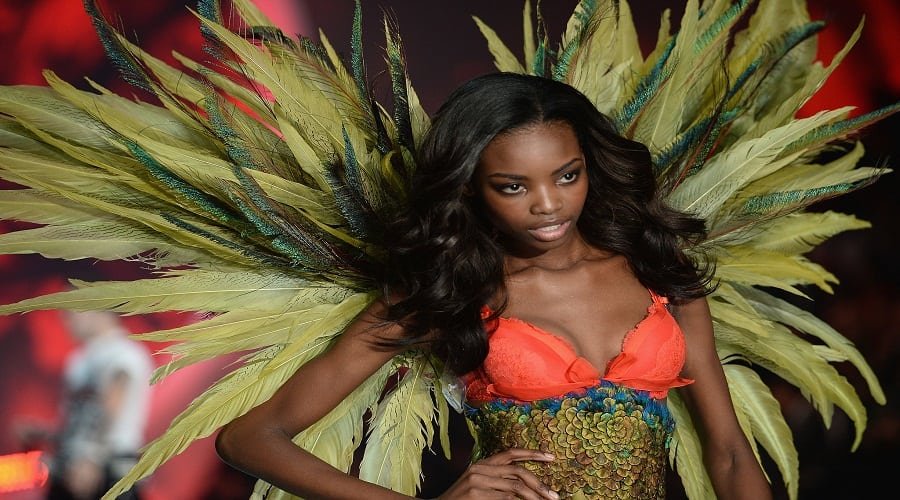 Oluchi Onweagba journey into modeling world started when she won the M-Net “Face of Africa” in 1998, from there she moved to New York City and has done lot of modeling jobs. The supermodel was born in Lagos, Nigeria where she grew up with her brothers and sisters. 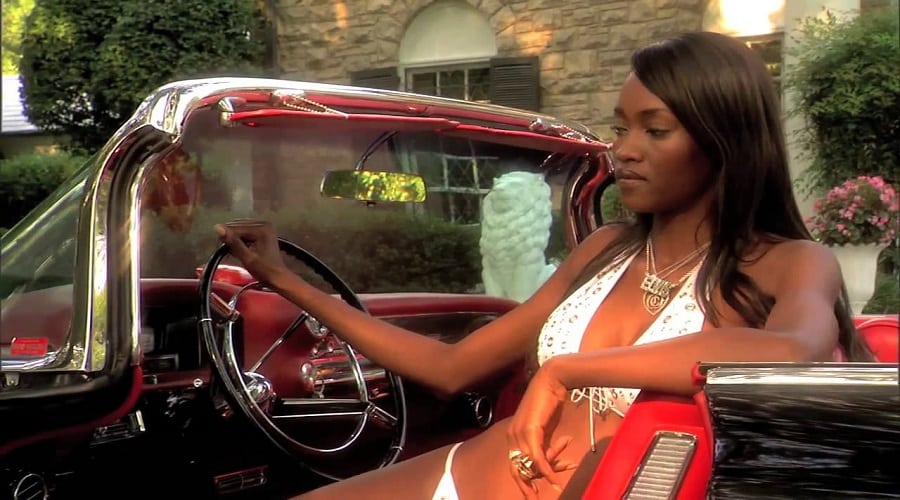 Oluchi Onweagba, the first winner of M-Net face of Africa.

She has also featured in the Sports Illustrated Swimsuit Issue four times, from 2005 to 2008 and launched her own modeling Agency called OModel Africa in 2008.

Candice Susan Swanepoel is a top South African model, born on October 20, 1988 in Mooi River, KwaZulu-Natal, South Africa, she started her modeling career at the age of 15. She is known for her work in Victoria’s Secret Fashion Show in 2009, 2011 and 2014 and has walk the runway for Tommy Hilfiger, Dolce and Gabbana, Fendi, Channel, Christian Dior, Stella McCartney, Viktor and Rolf, Givenchy. In 2010 Candice modeled for Kardashians swimwear line and in 2013 she was chosen to wear “Royal Fantasy Bra” one of  the most expensive bra. 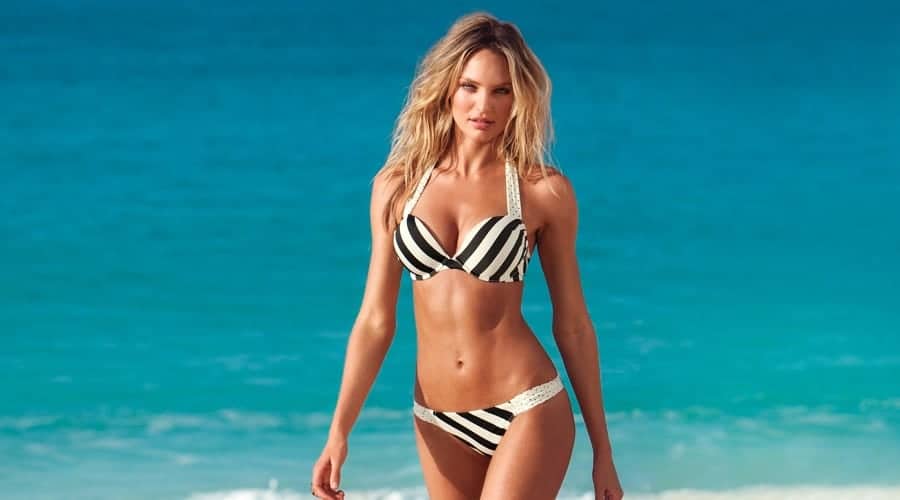 Candice Susan Swanepoel came 10th on the Forbes top-earning models list in 2012 with estimated earning of$3 million between 2010 and 2012 and engaged to her Brazilian boyfriend Hermann Nicoli, a male model.

Alek Wek is a Sudanese Super model and a designer who started her fashion career at the age of 18 in 1995. She was born in South Sudan but fled the country to Britain during the civil war. While in London Wek enrolled in London’s College to study fashion business and technology. 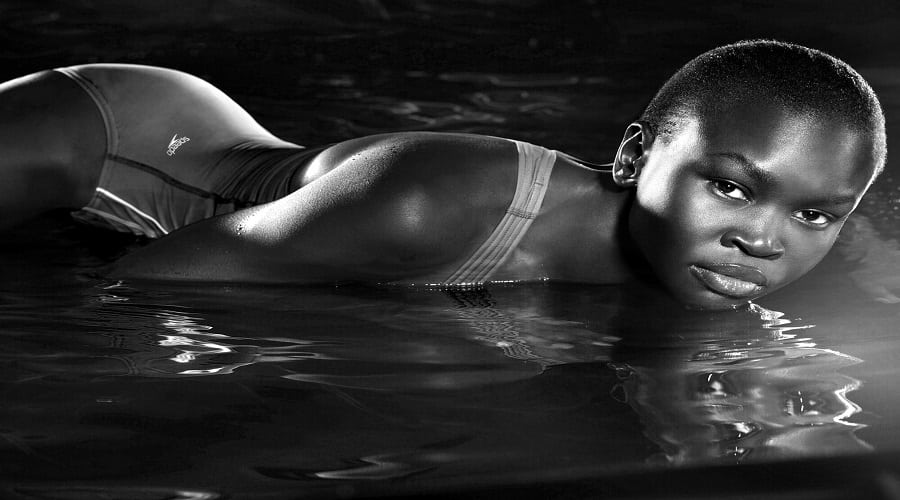 She owns a range of designer handbags called “Wek 1933” and has campaigned for U.S. Committee for Refugees Advisory Council, Amarula as the face of their campaign African Originals and for World Vision

Agbani Darego is a Nigerian beauty queen, a model and the first native Sub-Saharan African to win Miss World in 2001. Following her stint at Miss Universe, Agbani was invited by supermodel Naomi Campbell to participate in Frock ‘n’ Roll a charity fashion show in Barcelona, from there she landed a three-year contract with L’Oréal making her the second black model to achieve such feat. 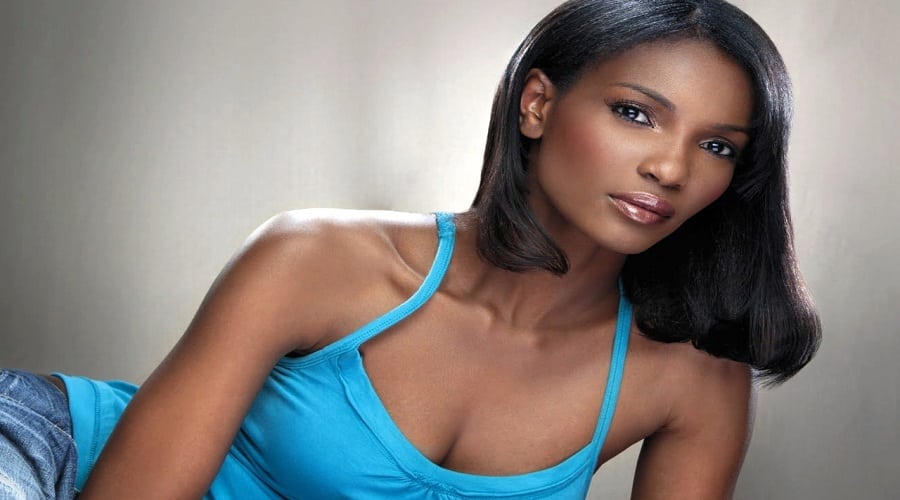 Update:Behold the New Emir of Kano

Satisfaction Of My Fans, A Motivation That Keeps Me Going –...

Herbert Olufemi - June 3, 2016
0
Night life entrepreneur Shina Peter has announced that his popular Quilox has been closed temporarily. Peller who just celebrated his 40th birthday spoke to...
%d bloggers like this: