“You’ll never work in this town again” is often threatened in Hollywood but this time, it appears that they really mean it.

The President of the Academy of Motion Picture Arts and Sciences, Cheryl Boone Isaacs, says that the two PricewaterhouseCoopers (PwC) accountants involved in that historic Oscar night snafu will not be back. Ever.

Isaacs was reacting to the historic Oscars mix-up during the 89th Academy Awards. At the end of the ceremony, presenters Warren Beatty and Faye Dunaway came on stage to reveal the winner for Best Picture. Beatty began to speak, looked at the envelope and paused. Dunaway laughed, teased Beatty for being “impossible” and read La La Land from the card, proclaiming the flick the winner.

There was just one problem: Moonlight was the winner for Best Picture. Beatty was given the wrong envelope. 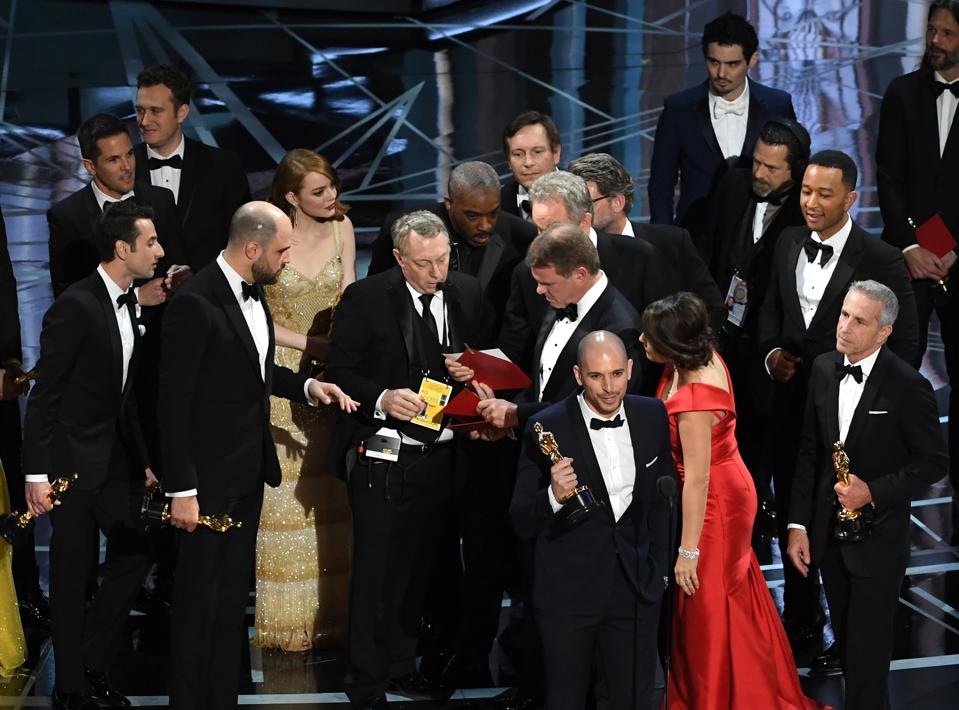 ‘La La Land’ producer Fred Berger (R) speaks at the microphone as production staff and representatives from PricewaterhouseCoopers, Martha L. Ruiz and Brian Cullinan, consult behind him regarding a presentation error of the Best Picture award (later awarded to ‘Moonlight’) onstage during the 89th Annual Academy Awards at Hollywood & Highland Center on February 26, 2017 in Hollywood, California. (Photo by Kevin Winter/Getty Images)

It was a pretty stunning turn of events for the Academy – and for PwC. The venerable accounting firm has been responsible for tallying the votes for the Oscars for the past 83 years without incident.

Need for Royalties to be paid in Nollywood- Henry Ejeta

Herbert Olufemi - March 21, 2018
0
The Nigeria Police Force,Zone2 command under the leadership of AIG Adamu Ibrahim engaged Nigerian youth with a musical concert in lagos tagged “Say no...
%d bloggers like this: